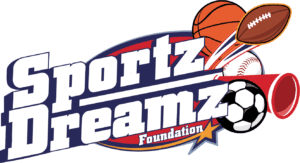 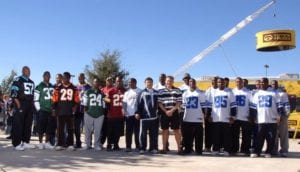 The Sportz Dreamz Foundation for was originally was founded in 2011 to promote youth athletics, physical fitness and the advancement of Charitable Movements. In 2015 The Foundation’s mission expanded to include full service nonprofit management that includes marketing, fan monetization, and THE Terry Glenn Foundation.

The Sportz Dreamz Foundation’s events and products have been designed to assist Charities, Booster Clubs, School Districts, Churches, Associations and Youth Leagues around the country to raise funds to supplement their budgets by utilizing the celebrity factor of our professional athletes. Pro Show Tickets, Youth Combines, Camps, ProPon Contributor Rewards Cards, Sponsorship and Donated Sports Memorabilia are sold throughout the communities by the participating beneficiaries to achieve their respective financial goals.

The Sportz Dreamz Foundation and its Professional Athletes lend their celebrity statuses to support these beneficiaries both financially and philosophically. The Foundation also contributes direct financial aid by way of grants for tickets and scholarships to the Community Festivals, Combines, Camps and Pro Show Celebrity Games to children and their families that otherwise might not be able to afford participation.

Athletes who have played/participated in at least one season in the NFL, NBA, MLB, WWE, MMA, PGA, and/or NHL qualify for a granted personally branded franchise chapter of the foundation for their respective home area or area of influence.